Although some old, gnarled trees can be truly spooky and forbidding at night, imbued with a certain sense of foreboding, there are some that take things a step beyond by being cursed, haunted, or both. One such tree was once located right in the middle of an intersection of the small town of Smithfield, in the state of Rhode Island, the United States.

The scary looking rotted old tree seemed like something straight out of some dark fairy tale, and to make things even spookier still if one were to take a a close look at the thick, scaly bark, one might have noticed the generous scars splayed across it, which were evidence of the many traffic fatalities it was said to have been responsible for, perhaps not surprising looming practically right in the middle of the road as it was.

So decrepit and damaged was the tree that it was said that it was nearly stripped of bark in most places, the only clue that it was still alive at all being the fact that it still managed to bloom in spring, and it seemed to be almost hanging on to life just so that it may witness more disaster and death. It is death that was said to cling to this particular tree, to cloak it. There were numerous phantoms and shadow people said to lurk around its trunk, said to be the spirits of those who had died by plowing into it, tethered there by some dark force and perhaps doomed to remain there forever.

One very common type of ghost associated with the Witch Tree was the frolicking spirits of what appeared to be spectral children, who would cavort around the trunk and even call out to passing drivers before vanishing into thin air, leaving one to wonder from where they came or why they had become doomed to wander here.

Another type of apparition was angry lights that would sometimes emerge from the tree to pursue vehicles down the road for unknown purposes, the frightened witnesses no doubt wondering what would have happened if the bright spheres had caught up with them. One popular old tale in the area concerning such a ghost was that if one were to drive around the tree three times a spectral motorcyclist was said to appear to chase the car, drive up along side it, and then disappear.

Whether the Witch Tree was ever really haunted or not may forever remain unknown, as it was eventually cut down to prevent any further accidents, or perhaps even to deny the tree its feast of souls. There are other allegedly haunted trees in the New England area of the United States as well. Another was an old white pine that once lied on the grounds of the Governor Baxter School of the Deaf, located on Mackworth Island, off the coast of Falmouth Maine.

The tree was well-known at the time for having what appeared to be human faces protruding from the bark, which all seemed to be depicted in various states of agony and despair.

It was thought that these had perhaps been carved into the trunk by the Native peoples of the area, although no one knows why. Another supposedly intensely haunted tree, indeed apparently one of the most haunted in the world, lies across the ocean over in London, England.

Famous for being the only one of the Royal Parks to have no large bodies of water, no buildings, and no playgrounds, Green Park is surrounded by its fair share of lore. Before becoming the charming little spot it is today, Green Park is said to have once been mostly a swamp, and was a burial ground for lepers who had died at the nearby St.

James hospital. It was also long considered a fairly remote area on the outskirts of London until well into the 18th century, known for being a hunting ground for various nefarious elements of society such as thieves and highwaymen, as well as for being a dueling ground. Ghosts are often purportedly seen in the vicinity of the tree, flitting about in the shadows cast by its branches. It purportedly emanates a field of profound depression and crushing despondency, which is said to draw people to it for the purpose of committing suicide. Those who have been near the tree have reported having sudden, unbidden suicidal thoughts and have found themselves spiraling into an inexplicable despondency in its vicinity that they are unable to explain.

Although it is unverified, a great many people have reportedly come here to commit suicide in a variety of ways, including hanging themselves from the branches. To touch the tree directly is said to invite great misfortune, and those who vandalize the tree in any way are said to be beset with a potent curse.

Another tree is said to be the haunt of an apparition said to have the body of an old hag and a face described as being like a mix of pig and wolf, which can apparently cause great swells of irrational terror. Yet another cursed tree in the park is one in which a fiddler is said to have hanged himself in the early s after someone stole his instrument as he took a nap there, and to this day the tree is reported as producing the faint, ghostly sounds of a fiddle.

Other trees are not cursed, but rather seem to be blessed or otherwise infused with some benevolent magical energy that has propelled them into legend. Sequestered away within the walls of a remote monastery in the mountains of Tibet is one such legendary tree known for its great magical power.

The location of this monastery was chosen because of a very peculiar tree which sat at the bottom of the hill and was long steeped in tales of magic and mysticism. Legend has it that when Tsongkhapa was born in , the blood from the afterbirth spilled upon the ground and it is from this spot that the wondrous sandalwood tree would sprout. The tree was said to have remarkable powers, such as the power to heal and the ability to grant visions. It was said that no other such tree existed, and that its seeds would not produce another. All of these features made the tree an extremely popular place to which to make pilgrimages, and it did not take long for it to become one of the most sacred spots in the region, highly revered throughout Tibet and Mongolia.

For centuries the mystical tree remained a deeply holy place that nevertheless remained a secret to the outside world, yet in the s its presence began to come to the attention of outsiders. One such outsider to lay eyes upon the tree was a Lazarist priest by the name of Abbe M. Huc, who had heard of it in while travelling through the rugged wilderness from Peking to Lhasa.

Huc was said to be quite rational minded, and was very skeptical of the stories he was hearing of this wondrous, magical tree at Kumbum monastery, even doubting whether any tree even existed there at all. He dismissed it as mere legend, and decided that he had to investigate for himself. He made the trek to Kumbum along with fellow priest Joseph Gabet, fully prepared to debunk it all as mere myth, so it was to their utmost surprise that they did indeed find a holy tree within a square, walled-in enclosure below the monastery itself.

More amazing yet was that under scrutiny it allegedly proved to be just as mysterious and fantastical as they had been told. Yes, this tree does exist, and we had heard of it too often during our journey not to feel somewhat eager to visit it. This paper will be an overview of the elemental, a class of non-human haunting, in an attempt to clarify the classification. All evidence and descriptions in this paper are from anecdotal evidence only. The existence of elemental beings has not been proven in a laboratory setting.

The Holy Holy Altar and the Witch’s Well

Daemons included guardian spirits, helpful spirits, spirits of the four elements earth, air, fire, water , and spirits of a place spiritus loci. He classified nature spirits according to the elements they were composed of. This is the system our own culture has adopted for classifying elementals. Below is a brief description of elemental nature spirits. They are traditionally guardians of hidden treasure.

They prefer caves and deep forests. They can be helpful or harmful to humans. Water Elementals—Undines: They have power over water, including streams rivers marshes, ponds, waterfalls, oceans and fountains. They also associated with rain, mist and fog. They can appear as human beings, as wells as small creatures. They are emotional, love beauty, and are fond of humans.

In the Tibetan and Indian cultures there are Nagas, who are half human, half serpent. They are associated with prosperity, hidden treasure and are dharma protectors. A female Naga was said to be the first being on Earth to receive the esoteric teachings of the Buddha. It is said that angering them can cause illness. Fire Elementals—Salamanders: They have power over flame and smoke. They do not directly communicate with humans.

They can be placated with incense. According to Paracelsus, they appear as little balls of light, fireballs, or tongues of fire. In medieval literature they have been described as little lizard-like beings. One class of salamander, the Acthnici, appears as St. They prefer mountaintops. They also reside in the air around us. 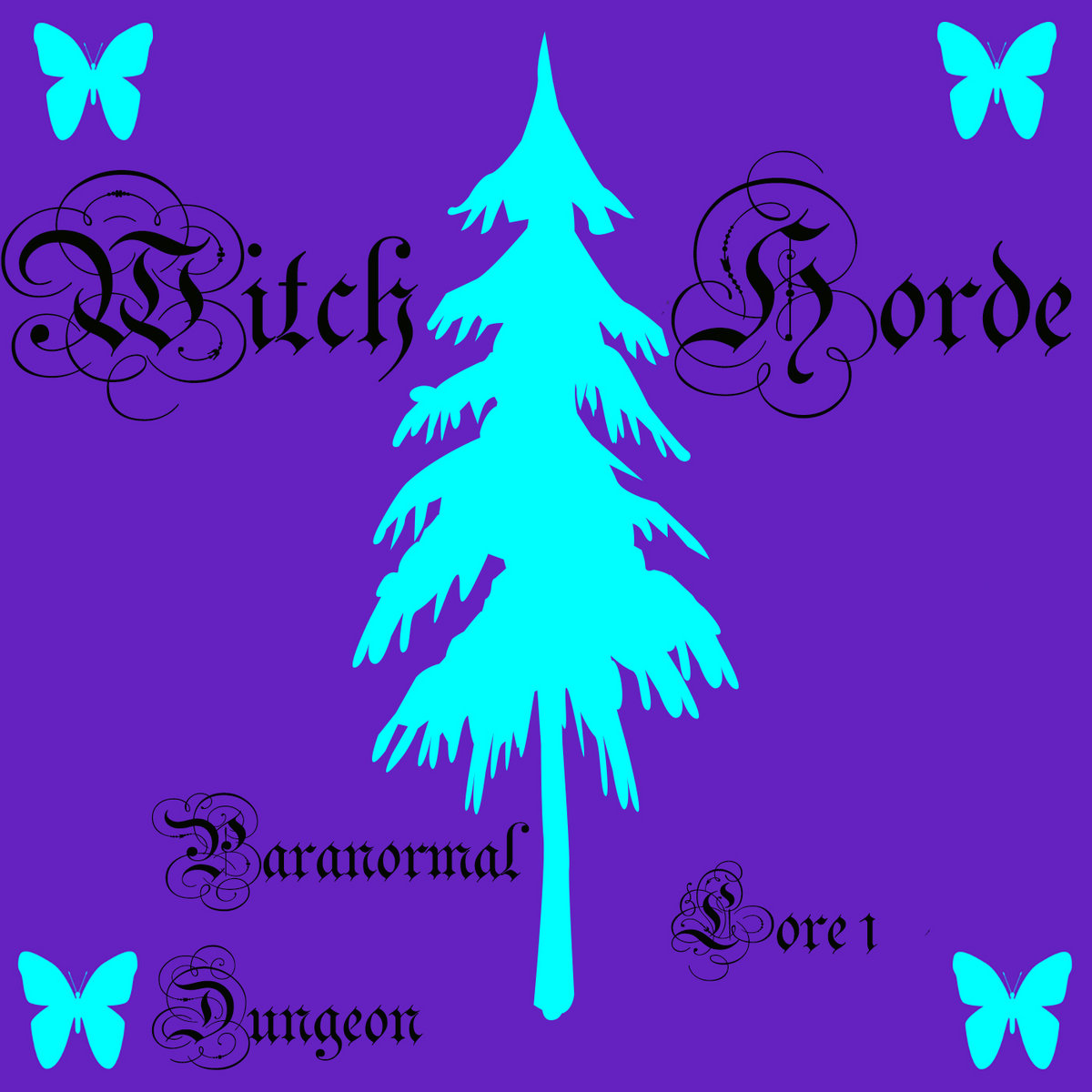 It is the sylphs that are the origin of the story of gossamer winged fairies. The elementals of air are also associated with muses, genius and inspiration. The inspired artists, poets and musicians are said to be blessed or cursed, as the case may be by the sylphs.

Angels have occasionally been suggested to be elementals in some paranormal literature. The lore of angels clearly has them lording over elementals. They often appear as an energy created with a specific intent. Once the purpose or intent is fulfilled, the angel disappears. In occult, magical, and religious lore, there are specific angels who command specific elementals, and they are called upon to do so.

It is rare for elementals to haunt within a city setting.


Buildings used for religious purposes could possibly be elementally haunted. All types of elementals can cause mental unbalance in sensitive people.